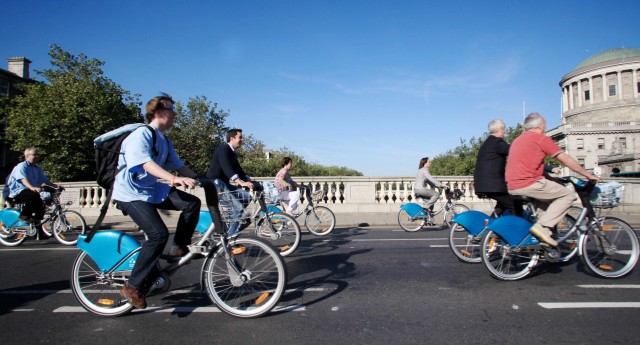 Speaking after the decision was made Deputy Murphy said “I’d like to commend Minister Hogan for today requesting that Dublin City Council extend the contract for the Cycling Officer Post with the council for six months. Having brought this to the Minister’s attention and lobbied for retention of the position it is great to see a positive result.

“It is of the utmost importance that we have someone dedicated to this role. The Dublinbikes scheme has proved to be a very popular initiative from Dublin City Council, with an annual turnover in excess of €400,000. It is crucial that we have someone with the right vision at the helm of the operation ensuring its continued success.

“A dedicated cycling officer is the very least that city needs if we are to follow in the steps of other bike friendly European cities by providing a cheap, congestion free commuting option.

“Minister Hogan has further requested that Dublin City Council consult with the National Transport Authority during this six month period to review the situation and report to him on how the promotion of cycling in Dublin should be addressed in the longer term.

“I would also like to thank Lord Mayor Andrew Montague for his work, as well as to Peter O’Brien and others for bringing the issue to the wider public’s attention.

Have your say!
My Submission to the Constituency Commission