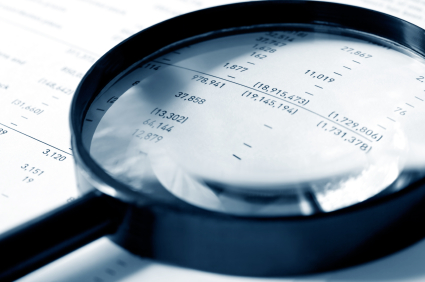 Tax Transparency Bill – see how much you pay

The Tax Transparency Bill 2012 will be debated at second stage tomorrow in the Dáil.

If the Bill is adopted, it would see each taxpayer receive an annual statement detailing how much tax they paid in the previous year and how this contributes to government spending priorities. The statement (whether delivered on-line or by post) would resemble an itemised receipt detailing the recipient’s contribution in euros and cents to different areas of government spending.

Two additional elements of the Bill are a VAT and excise tax calculator to be made available on-line, and a commitment by departments to publish all items of expenditure over €5000 incurred by their department on-line.

Commenting, Deputy Murphy said “I believe we have a responsibility to let the people know directly how we are spending their money. They can then make their own judgements after that. Hopefully this Bill, if passed, will help inform public debate on government budgeting priorities. I also think it is particularly relevant at the moment given that we are engaged in such a dramatic correction of the national finances and money is scarce. Open government is good government.”

The memorandum of the Bill can be found here: Tax Transparency Bill 2012-memo

The taking of second stage on this Bill is a result of Dail reforms introduced by the Chief Whip.

Taking a single individual earning €42,000 gross income (let’s call the person Ms Duffy*), the statement would break down their deductions as follows:

Ms Duffy would then be given the following breakdown as to how her tax contribution of €10,707 contributes to public spending priorities.** 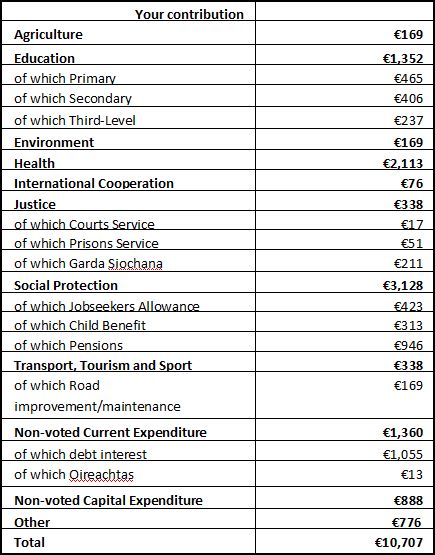 This breakdown is of course indicative only, to show in a more meaningful way to Ms Duffy the priorities of the government and how her taxes are contributing to meet these priorities. The level of detail and the specified expenditure areas to be listed would be determined by the Department of Finance.

*It is assumed for the purposes of this example that Ms Duffy is a PAYE worker in the private sector who would receive the basic tax credits and standard bands of tax, appropriate for an employee earning €42,000 per annum in 2012.

**This breakdown is an approximation and has been calculated based on figures (gross voted) provided in the Revised Book of Estimates (REV) for 2012 published by the Department of Public Expenditure and Reform in February, in conjunction with information contained on the Department’s website at http://per.gov.ie/databank.