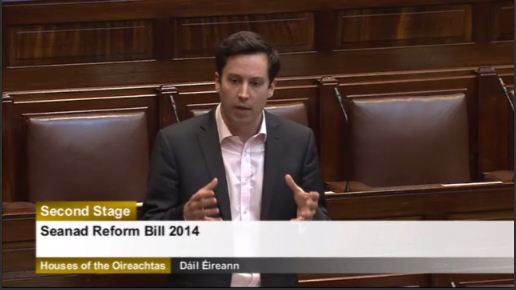 The next step in reforming the Oireachtas?

Today the Dáil debated the Seanad Reform Bill 2014 which was brought to the House by Deputy Michael Martin. As you may know, my focus has always been on reforming the Dáil – doing so would also reform the Seanad as these reforms would automatically flow down to the second chamber (you might recall I published a pamphlet on Dáil reform in March 2013 – click here).

For example, we should allow the Dáil to order its own business – an independent parliament would not be an irresponsible one. We should also allow members to submit, and subsequently vote on, their own amendments to legislation at committee stage – such change currently takes place in the backrooms but we need to make it a more open process.

You can watch my full contribution to the debate here (Part 1 & Part 2).