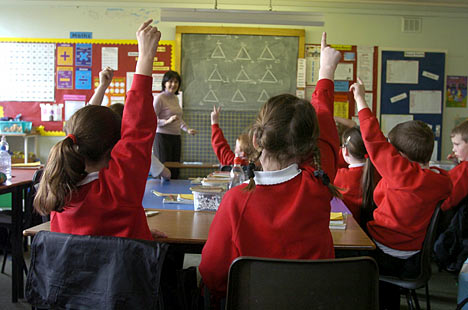 Debate in the Dáil

In December 2013, the Oireachtas Committee on Education & Social Protection published its report on the draft Education Bill which seeks to reform the admission process for primary and secondary schools. You can read a summary of their findings here and the full report here.

This report was debated in the Dáil today in advance of the first draft of the legislation being published in the next six weeks.

We have a problem with admissions in some areas. Where there is oversubscription for places. Massive demand for particular schools.

Which has given us a waiting list system – 11 years in some cases – that discriminates against people who may have recently moved to an area. A system which creates anxiety and stress for parents who are given a holding number and do not know if their child will ever actually get a place in the preferred school. And a system where often, children cannot be educated in their local community, in their local school.

Which is incredible when you think about it. Particularly at primary level. Sometimes to educate ones child there is no other choice but going down the fee-paying route, even when it may not be affordable. Stretches parents financially. That is unacceptable.

You can read my draft remarks in full here. Find out more here.

Finance at the PAC
New School for Harcourt Terrace