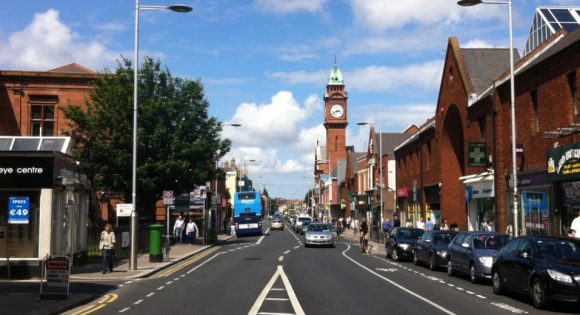 The Core Bus Corridor (phase 2) plan was published today; the project aims to deliver 230kms of dedicated bus lanes and 200kms of cycle tracks along 16 of the busiest corridors in Dublin to provide a faster, safer & more efficient transport network.

Cllr Anne Feeney will be holding a public meeting about the project on 2nd February. Details are here.

A public consultation opened today and will end on 29th March. I would advise taking a look at the detailed proposals for your area & regular transport routes to see how they may change. Consider the best options for the future of local traffic and give your feedback – here.

Dates for information events and community forums will be set in the coming days, I will post them as soon as they are available. Phase 3, which will affect Dublin 2 & 4, will be launched in mid-February.

Some compulsory purchase orders (CPOs) will be used to acquire lands – in this case some businesses and parts of gardens will be affected; no homes will be acquired. Those who may be affected by CPOs will have already received a letter with the contact details of a liaison in the National Transport Authority.

The National Transport Authority (NTA) announced the phasing yesterday for all of the core bus corridor publications. The core bus corridor project aims to deliver 230kms of dedicated bus lanes and 200kms of cycle tracks along 16 of the busiest corridors in Dublin. This will involve traffic and infrastructural changes along the routes.

4 of the 16 routes have been published and are open to public consultation. None of these 4 are within our area – the routes directly affecting Dublin Bay South will not be published until next year (phase 2 & 3, see here).

The NTA will hold public meetings and establish a Community Forum for each corridor (in tandem with the routes being announced) where there will be an opportunity to get informed and engaged during the public consultation process.

You can see the level of detail expected from the publication by checking out phase one, here. See more information here and here.