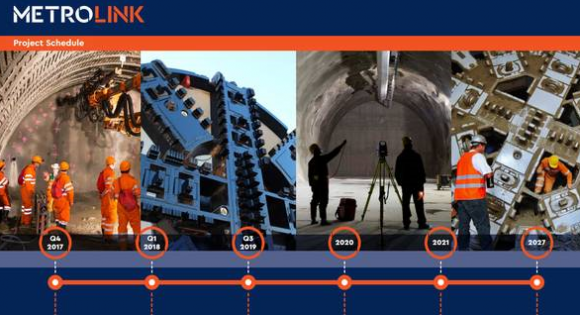 The National Transport Authority and Transport Infrastructure Ireland have announced details of the ‘Preferred (second) Route’ for the MetroLink project, This is following on from public consultation on the ‘Emerging Preferred Route’ which was published in March 2018.

The major change to the original proposal is that the underground Metro will terminate at the Charlemont LUAS station – it will not have an impact on the existing Green Line. Metro users wishing to travel further south of Charlemont will transfer to the LUAS. The underground tunnel will however be extended just beyond Ranelagh so that the Metro can potentially be connected to the Green Line in the future. The extension will also allow trains to change lines & be stored.

LUAS tram length and frequency will be increased to tackle the increasing demand, it is believed that these measures will provide the necessary extra capacity for the next ten to twenty years.

Another round of public consultation is now open until 21st May 2019. You can see the full updated plan and give your feedback here.